Lifting Off for Mars 2020: Meet the Space Network Team

Peraton’s Space Network (SN) team provides services to many missions that further the exploration for human space flight and improve our understanding of the Earth and space science. Peraton works hand in hand with NASA to provide telecommunications, tracking and clock calibration, and testing and analysis services.

There are two elements of the SN: satellites and ground stations. There are currently ten Tracking and Data Relay Satellites (TDRS) 22,300 miles above Earth, each with its own distinct features. NASA and its customers, such as the Hubble Space Telescope and the International Space Station (ISS), rely on Peraton’s 24/7/365 satellite operations and data services to perform their work and complete missions. The SN works out of its two ground stations in White Sands, New Mexico, two remote ground stations in Guam and Blossom Point, Maryland, and NASA’s Goddard Space Flight Center in Greenbelt, Maryland. 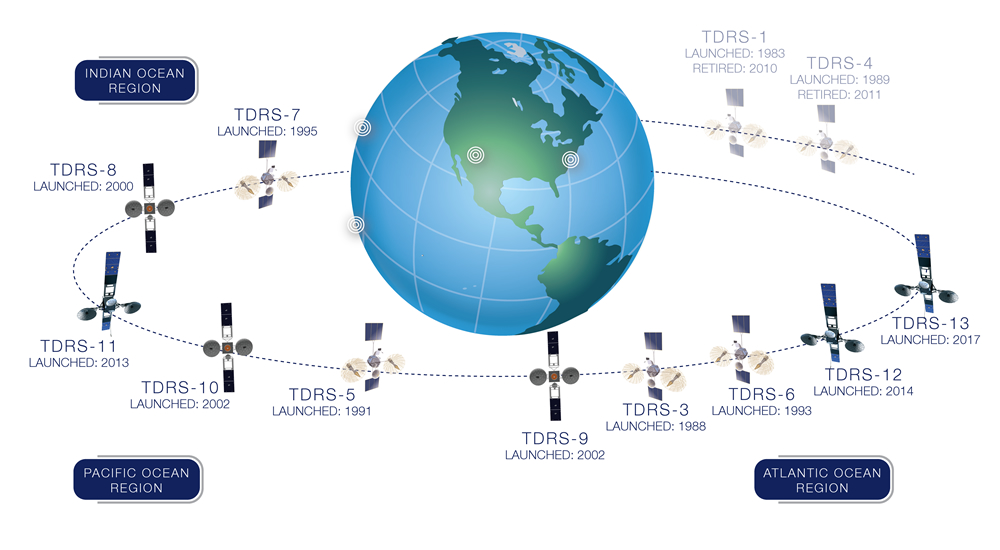 The Peraton team consists of engineers and technicians that oversee communications with the Atlas V launch vehicle for the Mars 2020 mission and the SN ground equipment. The unique ground equipment is maintained by a team of hardware engineers and is configured by custom software that is developed and maintained by a team of software engineers. Spacecraft engineers and satellite controllers monitor and trend the TDRS performance. The engineering and operations teams handle launch configurations and organize the support for communications traffic management.

“Everything is a team effort with NASA,” says Peraton White Sands Complex (WSC) Site Manager Melissa D. Peraton employees work on the operations consoles and fly the satellites in accordance with NASA’s goals. A trusted partner, Peraton has supported NASA in their systems engineering since the late 1970s.

The Peraton team has been working for eight months to ready the communications for the Atlas V rocket. They have inspected the entire integration process into the SN through a Mission Operations Readiness Review. The network integration team provides coverage and link budget analyses to ensure that the signal radiated to these TDRS will lead to a successful data transfer to the Mission Operations Center on the ground based on parameters such as data rates and platform antenna power. As part of the Mars 2020 mission, this team has been supporting the integration of the communications on the Atlas V vehicle.

“There is a standard set of tests for absolutely everything that is supporting the launch,” explains Peraton WSC Technical Operations and Analysis (TO&A) manager Cameron D. Mission Readiness Tests are comprised of a long loop to make sure that the ground equipment is ready to support the rocket. Vector verification tests check the networking paths that link NASA facilities across the country in preparation for the launch. “The Goddard Flight Dynamics Facility will transmit a set of vectors, which tells us where the vehicle is going to be,” says Cameron. “When the vector verification occurs, we go into what’s called a software freeze, where we say we’re not going to touch anything else until after the launch.”

The SN team conducts two data flow tests with the Atlas V mission: one at two days prior to the launch and one at four hours prior to the launch. These tests verify SN ground equipment configuration and functionality in preparation for the launch. The SN personnel supporting the mission arrive approximately give hours prior to launch, and the SN begins support of the Atlas V launch vehicle approximately 10 minutes prior to launch, continuing through the first four hours of the mission support as the Mars 2020 payload begins its journey into space and onto Mars.

During the launch, members of the SN standard operations crew monitor TDRS spacecraft telemetry and ground equipment performance and are ready to troubleshoot any drops in communication with the rocket. Approximately four hours into the mission, the SN will end communications with the discarded Atlas V and the team’s role in the Mars 2020 mission will come to an end, though that will not be the end of Peraton’s involvement. Peraton’s Deep Space Network team and Acusil manufacturing team will still have roles to play in the journey to Mars and entry, descent, and landing phase.

“We help maintain data integrity and security for the data that flows through both the SN,” says Peraton WSC Spacecraft Engineering manager Carissa B. “By modifying the ground network configuration, we optimize communication by adjusting antenna direction and power levels.” The team also conducts post-launch analysis so that future launches, such as the Artemis lunar missions, will run even more smoothly.

The meticulous preparation for the Mars 2020 launch is a source of pride in the Las Cruces community, where the majority of Peraton’s SN team is based. “Most people don’t realize how much influence the White Sands Complex has on America’s space program,” says Cameron. “If someone sees a NASA astronaut on the ISS on NASA TV, all that data and all that video footage came through the Space Network. Same with all the images from the Hubble spacecraft. It’s a big deal to know our work has that kind of influence on our country, out in the middle of the desert.”

This Is Our Space: How We Enable NASA’s Mars 2020 Mission