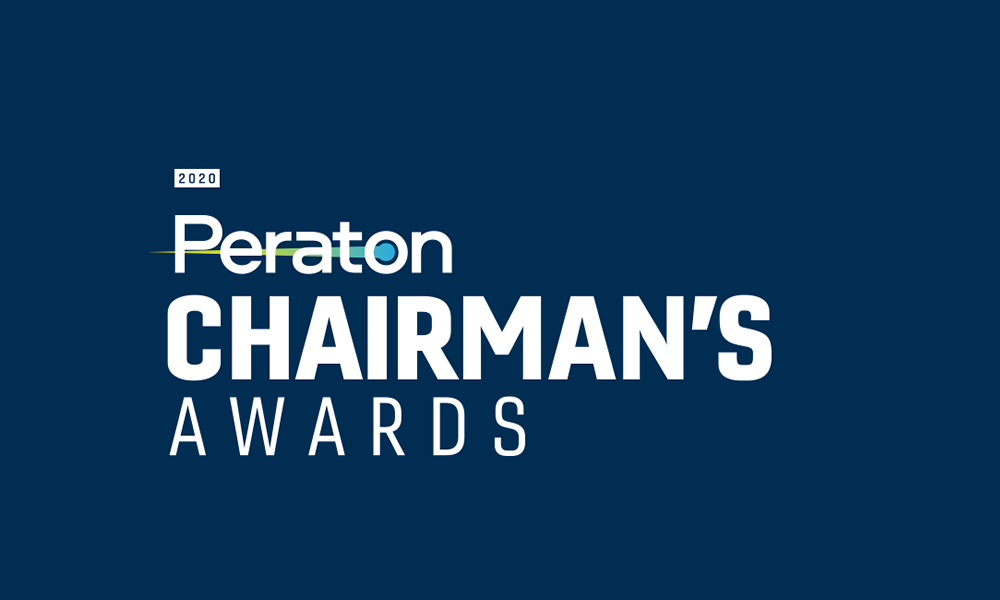 Peraton’s Chairman’s Awards celebrate the drive and audacity needed to push beyond the possible and tackle our toughest national security challenges. The awards program was established by Peraton’s Chairman, President and CEO Stu Shea to honor Peraton employees who have upheld Peraton’s mission, vision, and values, as well as inspire employees to do the can’t be done.

In its first year, the awards program recognized and celebrated outstanding accomplishments, such as helping an important customer evolve and position itself for future missions, inspiring and empowering Peraton employees to achieve financial and hiring results beyond expectations, and creating significant on-contract growth.

On September 29, 12 awards were given out to individual employees or small teams in recognition of their leadership of or contributions to a project, program, or achievement that yielded exemplary results, was focused on core business outcomes, and profoundly impacted the company in 2019.

“The Chairman’s Awards are the highest honor that we have to recognize those that go above and beyond their job descriptions,” said Shea in his introductory remarks during the virtual event.

The Chairman’s Awards was originally planned as an in-person ceremony. As Shea said, “We thought about canceling, about moving everything back a year, but then that wouldn’t really be in line with what we’re about, doing the can’t be done.” So instead of gathering at a hotel near Peraton headquarters in Virginia, the award winners—based in locations ranging from Bahrain to Washington state—were treated to a virtual chef and gourmet meal experience on the night of the ceremony. Winners of this prestigious award also received crystal plaques and monetary bonuses, while an impressive group of honorable mention winners received personalized commemorative certificates and recognition during the ceremony.

The nomination process was an intricate one, with more than 130 individual and team nominations received. Winners were chosen by a selection committee comprised of members of the executive leadership team, who worked closely together to identify the employees who did the most to support Peraton’s mission to protect and promote freedom around the world.

During the ceremony, Peraton employees accepted awards for business growth, business MVP, mission success, technical achievement, teamwork, leadership, and business efficiency in pre-recorded videos, thanking their teammates and managers and sharing what they loved about their work.

“It takes determined, innovative, and dedicated people like you working together to achieve our goals and consistently deliver mission success to our customers,” Shea told award recipients.

If you are interested in making an impact in national security, find your next opportunity on Peraton’s career page.